When Cyndi Ralston retired after more than three decades as a public school teacher, she could have never imagined that just a few years later, she would be at the center of national headlines and the public figurehead of a major political rebellion. And yet there she was, driving across the state of Oklahoma this past Tuesday, giving interviews and plotting out her nascent campaign for state legislature, fitting in strategy and press in the few hours she wasn’t marching on the state Capitol with her many fellow striking teachers.

After returning to the classroom to help combat Oklahoma’s desperate teacher shortage in 2017, Ralston decided that she also had to help fix the cause of the state’s awful education woes. So on Friday, she filed to run to represent Oklahoma’s 12th house district, officially commencing a race that has already earned national press coverage as a symbol of the political struggle in roiling red states. It is a microcosm of 2018: Ralston is running against a Republican state representative named Kevin McDugle, who drew outrage with a vicious anti-teacher Facebook rant. Ralston had been planning to run for months and was carefully preparing her campaign when that rant went viral, springing her into action ahead of schedule.

“He just was going off on how the students were watching us and we were being a bad example and yada yada yada,” Ralston recalls, still annoyed by McDugle’s diatribe. “And I was like, you’re right sir, they are watching us and we’re teaching them what freedom looks like, that we can petition our government, that we have the right to be here and peacefully protest.” 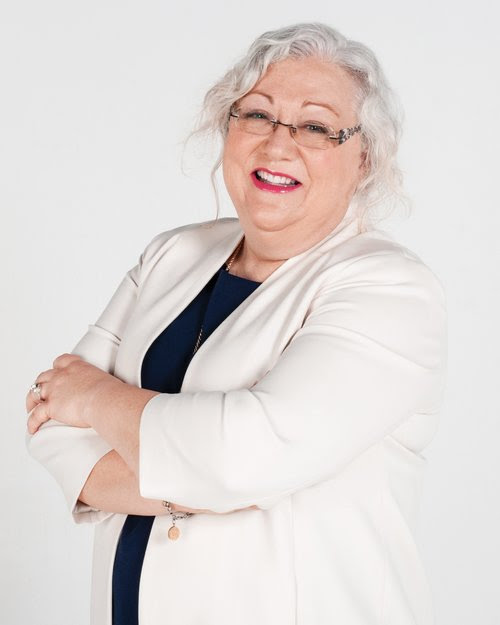 Ralston is one of many Oklahoman teachers who has decided to step up and run for office as a Democrat, as the teacher’s strike becomes even more political. They’re campaigning explicitly against the trickle-down economics of that have bankrupted the state government, and fighting to increase the paltry education budget that the legislature just passed. Ralston, who has become a figurehead for the movement, spoke to Progressives Everywhere twice this week, with a follow-up conversation focused on the teacher union’s internal disagreement over a recent call to end the strike.

You returned to the classroom because Oklahoma passed a law allowing retired teachers to come back and keep their retirement. But the teacher shortage has had other consequences, right?

Maybe halfway through my career they started allowing “alternatively certified” teachers. The difference in that is that alternatively certified teacher has to have a degree and they have to complete courses like child development and classroom management. Now they have “emergency certified teachers,” and they don’t have to have any training whatsoever. They have to have a degree, but no training and education. So they’re throwing his people, bless them, into the classroom with no child development, no training on classroom management, no training on how to effectively teach.

I commend the people for trying to step into gaps that have been created because of the lack of funding for schools for the past 10 years. But, that’s not fair to them or the kids. We have several classrooms in Oklahoma that are still not filled with anyone at all and they’ve been served by substitutes all year long, just different people in and out, always a different person in the room. So nobody’s making plans. There’s no continuity for the kids.

How did this happen?

They also lowered the gross production tax on oil companies from 7% to 2% percent [on the first three years of a new well]. And they never raised it back with when the 2008 recession hit. They said, if we give the businesses a break and we give corporations a break, that’s going to trickle down and more jobs and blah blah blah. Well, it didn’t work. It ended up costing major amounts of revenue. And then now that the economy’s turned back around, they haven’t changed anything.

They passed an education funding bill and raised teacher salaries right before the deadline, but it fell short, which led to the strike, right?

So they passed the bill that raises teacher salaries. But what we had asked for was $200 million to be put in general education. That just brings us back up to the 2008 level of funding. They play games, play games, and then they did pass it — but they gave us $50 million for the general fund.

The raise was nice and we thank them for it after 10 years without a raise. But we cared about the funding and we asked for $200 million because we have not had new textbooks in 10 years. They had allowed them to open the textbook fund, which has never happened before, and opened it up to allow them to use it for general funds to pay for teachers. We have ripped apart, duct-taped books. And we only have 25 reading books per grade level at my school.

The teachers have done an amazing job being creative. We have the kids have rotate from teacher to teacher. One teacher teaches all reading because we only have 25 books. One teacher teaches language and spelling. One teacher teaches math. That starts at first grade and developmentally, children should not be going to three different classrooms during the day. High school kids struggle with that. We’re having six and seven-year-olds do it.

Over 70% of Oklahomans approve of the strike, which is incredible.

People are figuring it out from listening to us. They’re also watching the process which they haven’t done before and they’re tired of it. They want the money in education. That’s it. They understand that that’s one of the most important things for future and their own children and grandchildren.

It’s been amazing to see the kids up there and learning and watching and being in the gallery and going and talking to legislators and realizing these are people. They’re not any different than you, they’re elected to represent you and you can go and speak to them about what you feel and what you would like them to do. It’s been amazing. And yet, McDugle didn’t think that we’re doing such a great job leading and teaching our students.

The head of the Oklahoma Education Association has called for an end to the strike. Where do you stand on that?

Teachers were very frustrated when OEA had a media event on Thursday evening saying that the walkout was over. They felt like the OEA wasn’t speaking for the collective group. A lot of teachers want to drop their memberships but I’ve asked them not to do that and to actually join the OEA, but call for the resignation of the president of the association. If we lose membership, we will lose our bargaining power.  That is extremely important to keep in a Right to Work state. We are continuing our pressure on the Republican legislators that have not allowed the bill that repeals the capital gains tax exemption and another amendment to a bill that just got written Friday by Republican leadership that allows the legislature to pull from already appropriated funds (like teacher retirement) if the revenue brought in that year won’t fully fund their budget for the year.

There have been several years recently that due to tax cuts and restructuring of our tax codes, on top of not having oil and gas companies pay their fair share, that this very thing has happened. This will only compound the problems we are having in our state, not solve them. We are still holding them accountable by sending delegations of teachers from every school district that we can to the Capitol with parents and community leaders every day until the end of the session. We are watching the live feeds of committees and checking votes every day then calling them about their votes immediately.

Ralston’s son Josh Martin is also running for office, in OK’s 80th House District. With so many great candidates rising to the occasion, Progressives Everywhere has set up a fund specifically for teachers running for office in Oklahoma.

One thought on “Oklahoma teachers are running for office as Democrats, fighting for children vs the 1%”

This site uses Akismet to reduce spam. Learn how your comment data is processed.

Founded by Jordan Zakarin, Progressives Everywhere weekly digest of great progressive Democrats around the country — up and down the ballot — worth supporting with your time and money.